I’m voting Yes to marriage equality in the Irish referendum on the 22nd of May. If you’re Irish and haven’t registered yet then get registered! Seriously, you only have until May 6th.

Why shouldn’t two consenting adults have the right to marry each other regardless of their sex? I haven’t found a single reasonable argument from the no camp. They range from the hysterical (save the children!) to the insulting (children can’t be successfully raised outside of a stable marriage). Pictures of sad looking children abound, playing on people’s emotions instead of making a rational argument.

The closest to a decent no argument I’ve seen is the idea that not believing in marriage is a reason to vote no. But this is nonsense as well, because this vote is about something bigger. This is about giving everyone the freedom to make the same choices, regardless of their sexual orientation and what they wish to do once they have those choices.

Some point to civil partnerships and declare them to be evidence of equality, but equality doesn’t come in different flavours. Either we have the same options or we’re not equal. 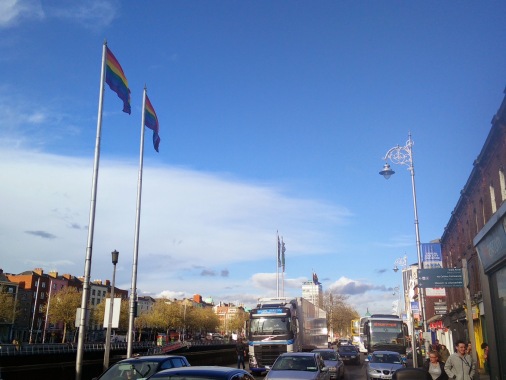 Rainbow flags on show in Dublin

I put an interactive map together showing the state of marriage equality across Europe (click image for detail). It’s worth noting society hasn’t fallen apart in the Netherland’s where same-sex marriage has been legal since 2001. 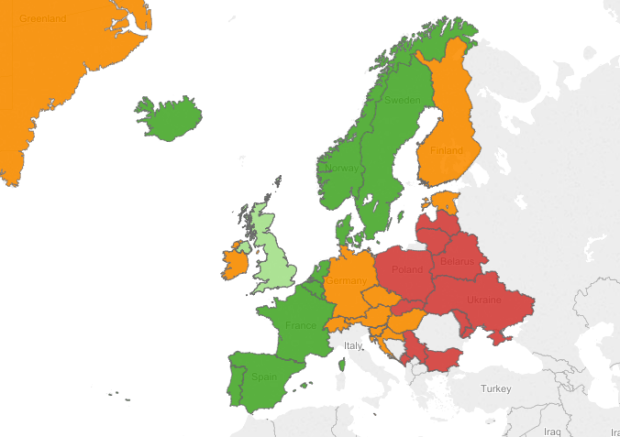 With same-sex marriage made legal in in England, Wales, Scotland and Luxembourg last year we’re making big strides. This map doesn’t show the many countries currently considering positive future changes to their marriage legislation either.

Let’s keep Ireland on the right side of history: vote Yes to putting a clause in the Irish Constitution to allow two people to marry each other regardless of their sex.

There will also be a second referendum on reducing the age of candidacy for the President of Ireland from 35 to 21 held at the same time, so make sure to vote on that too!