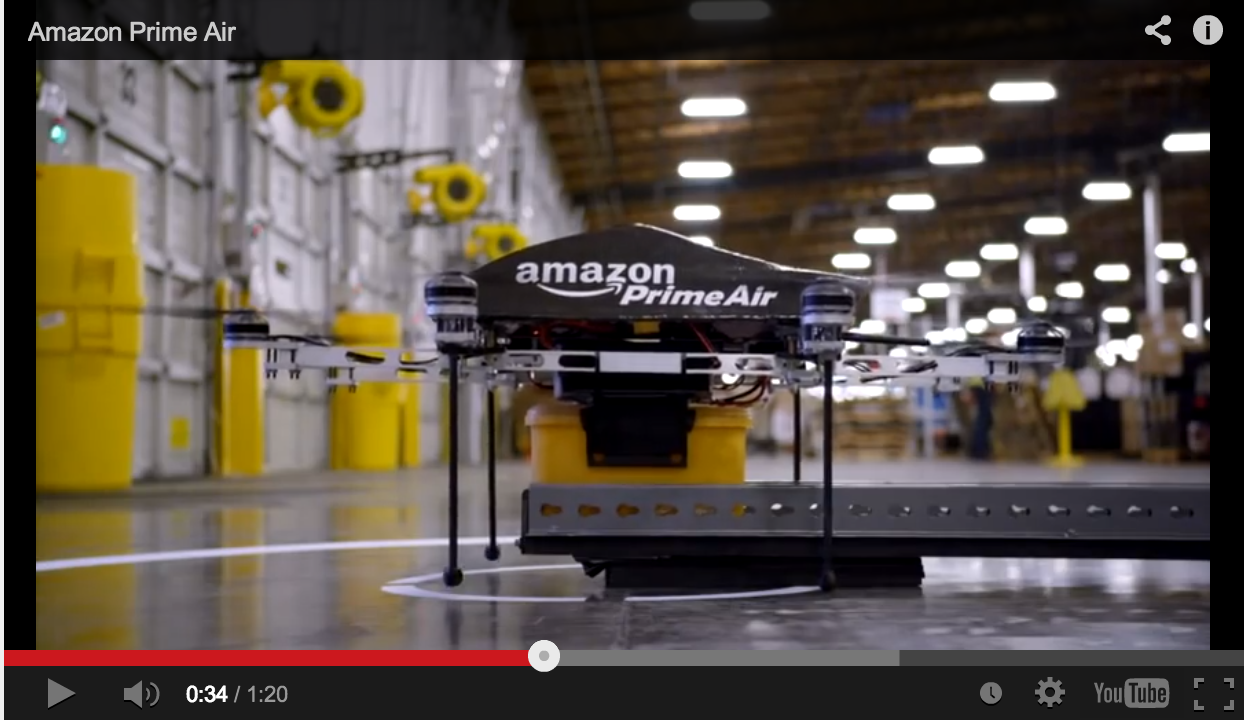 I recently watched Panorama’s undercover documentary Amazon: The Truth Behind The Click. Having worked in several Amazon warehouses on video projects I learned their workers don’t have it easy…but then does anyone doing a low-wage job in a warehouse? Is it any worse to work at an Amazon warehouse than it is to work at an Argos, a John Lewis or  a Tesco distribution centre?

It’s an important question because as online sales continue to soar and high street shops continue to close we could be looking at a future where warehouse jobs become the norm. That is, if automation doesn’t dramatically reduce the number of low-wage jobs needed first (and whether that’s a good thing or not is a whole other debate).

Speaking of which, have you seen Amazon’s octocopter? The plan is to try and get drones doing 30 minute deliveries in urban areas close to Amazon warehouses within four or five years (being very optimistic):

The aptly named “Amazon Prime Air”  has certainly given Amazon some prime air time in its busiest season. Considering the bad PR Amazon is facing in the press at the moment over working conditions and the latest strikes by workers in Germany it couldn’t have been timed better.  Not that there haven’t been critics  who think the idea won’t, ahem, get off the ground:  safety concerns, noise pollution, privacy, invasion, logistical and legal issues are being thrown at Amazon from all sides, but all that’s okay because flying robots are still pretty cool and distracting (even if Amazon aren’t the first to try it).

My money is this will be more than a publicity stunt: Amazon is a mega-corporation running on big data analytics with a relentless drive for cost-efficiency and being right, a lot is one of its company values. If Amazon thinks it’s on to something it probably is. Especially when, normally highly secretive, it makes the plans official at least half a decade in advance. It could turn out this is a very limited service only for people living next door to its warehouses (so not for many) or hey, maybe it will launch them everywhere from some fancy self-driving trucks it develops.

Bringing the discussion back to working conditions at Amazon (distracting PR in action there) I don’t know if they’re better or worse than in other big distribution centres. But I have seen spoken to people working in Amazon warehouses for myself about much of what is being reported: targets are tough to hit and ramp up fast, breaks are short and three cases of absenteeism/lateness can result in being fired. Physically demanding jobs can involve walking long distances, if you’re near the conveyer belts it can be a constantly noisy environment and its warehouses can heat up to uncomfortably high temperatures in the summer. Every year thousands of seasonal workers on temporary contracts compete for full time roles before the majority are let go after Christmas.

Amazon calls it a “challenging, fast-paced environment”. Professor Sir Michael Marmot of UCL says it’s bad for people’s health. His view is the undercover footage filmed by Panorama reveals a job where people have little control and are under constant pressure, with an increased risk of mental and physical illness. He said: “it’s like Amazon has distilled all the bad things [possible in a workplace] into one short sharp shock, all the bad stuff, all at once.” Amazon strongly denies this.

But Panorama didn’t show everything. Some of the people I met were genuinely enthusiastic and proud of their work. Some progressed from temporary to full time worker, and then on to a managerial position. Little things, like employees being able to listen to the radio while packing boxes, friendly interactions and themed employee costume days were completely missed in the undercover footage. Amazon’s official motto is “Work Hard. Have Fun. Make History” and Amazon does try to integrate the “fun” aspect into its frugal, algorithm-driven distribution system. It’s also responsive to a lot of the issues employees bring up (especially if there’s an efficiency gain) and recently started installing air conditioning in its facilities. And let’s not forget, Amazon is providing thousands of jobs at the end of the day (even if many of them are only seasonal). Amazon itself says it has invested £1 billion in the UK and created 5,000 permanent jobs.

One thing is for sure, you don’t see other distribution centres getting as much heat from the press as Amazon does. So is Amazon being picked on by journalists because it’s a big corporation? A big target?

Absolutely – and it deserves to be. Amazon is the trailblazer when it comes to e-commerce and other retailers are doing their best to copy its model, so how it treats its workforce matters. Amazon is also the receiver of some serious money and tax breaks from governments who want to entice it to set up shop in their country. Wales recently spent £4.9 million building “Fford Amazon” (or Amazon Way) to do just that, on top of granting Amazon £8.8 million in grants (for an estimated 12,000 jobs in Swansea).  The press is well within their rights to scrutinise Amazon.

But as Amazon repeatedly says, its tax and working practices are all completely legal. Is it immoral? It only really matters if we challenge the government regulations that make this possible in the first place. Blaming Amazon for industry standards isn’t constructive (ban Amazon and someone else will appear) but shining the spotlight on it in order to see what’s going on and, if necessary, to pressure the government into reforming laws is important.

And if Amazon doesn’t like it they should beat the media at their own game: become transparent, self-critical and push for industry-wide reform where needed. And if there’s nothing wrong with the way things are running now? Panorama’s video seems pretty damning, but it is centered on an emotional argument from one person’s experience and on the opinion of a single expert. If there’s more to the story then Amazon should put its data where its mouth is. 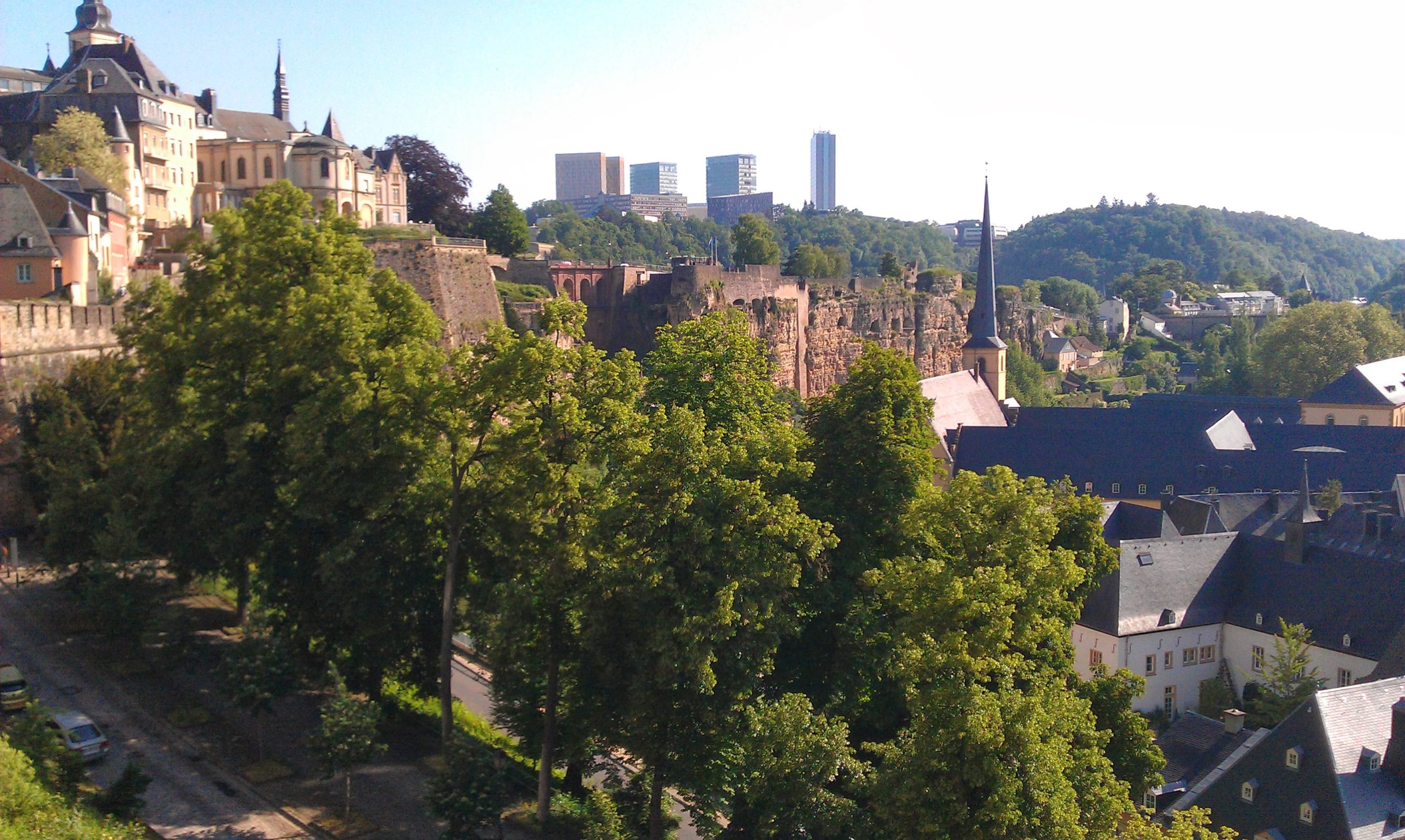